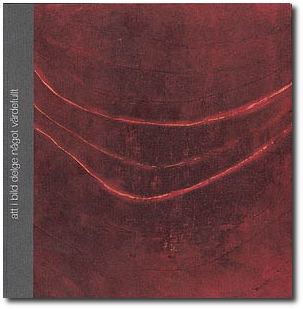 Saying something valuable in images

In her outlet for her inner inquisitiveness, with her enormous energy and wild expression, she leads us to a marvellous borderland in the world of poetry. With her images, Yvonne Swahn wishes to pass on to the viewer something of value, a truth which forms the deepest impression on their senses once they have seen the images and absorbed them.

Before the poetry has gained the upper hand, the canvas, panel or paper has often been worked ruthlessly; at which point the basic representation (automatism) takes on a rawer patina to then be transformed into unadulterated poems.

The process in her art can be likened to that of a researcher, where all means available to her to produce her images are permitted. At first glance, her images may seem monochromatic – but nothing could be further wide of the mark. Where the brush and the palette knife are natural aids for adding colour, she often replaces the brush with her hands, and her palette knife becomes a pen – she gives herself free rein. Physically, mentally, we are enticed into the images, to head off on a voyage of discovery. This is the desire she imbues us with.

Then once we are deep inside the images, where imaginary, down to earth landscapes are placed at our fingertips, we can make undreamt-of observations if we only allow ourselves to be stimulated to such perusal.

During this voyage, both outside and inside ourselves, Yvonne Swahn maintains her integrity, but generously she assists us by giving each image a poetic title – so as not to mislead. For her, the image and the title are equally specific. Sharpness of vision is blended with nurtured clarity, and beauty besides.